Golf Cart Resource
Home Helpful Articles Buying a Golf Cart What kind of Vehicle is it – a Golf Cart, NEV, or... 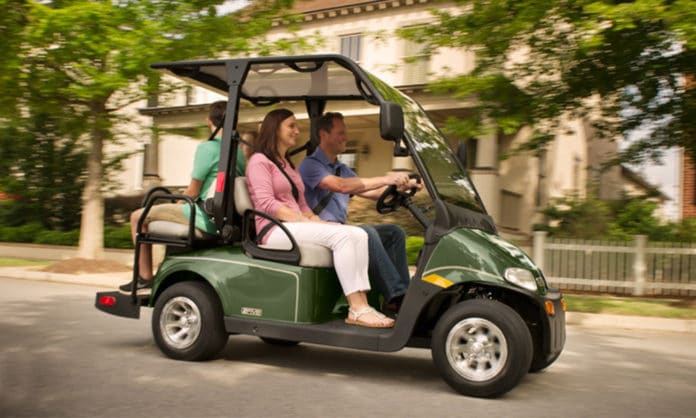 If you have started to shop for a Golf Cart, then you may have seen the phrase LSV or NEV thrown out there depending on the community you live in and you’ve probably been caught asking yourself is it a Golf Cart, NEV, or LSV? An LSV or NEV may look like a Golf Cart to the typical observer, however, they include many extra safety features in order to make them classified as an NEV or LSV. So, before we begin to discuss an LSV or NEV, let us talk about your typical Golf Cart. 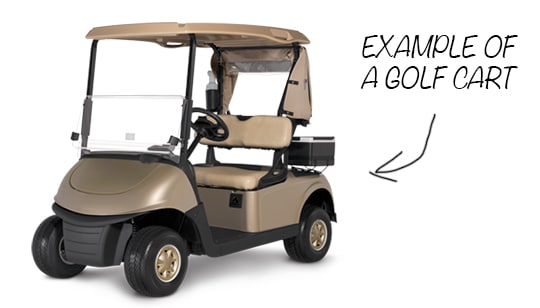 A typical Golf Cart is what will be used by golf courses for their daily business. If you take notice, a Golf Cart on a course will not have headlights, brake lights, turn signals and other features typical of a vehicle that drives in neighborhoods and streets. Also, a Golf Cart will usually not exceed a speed of 15 MPH. Golf Carts can be modified to go faster than their manufactured speed, however, they are typically not engineered to do so. You can also find lots of kits to install headlights and brake lights so that they can travel on the street. Lastly, a Golf Cart will only carry a serial number that contains 13 to 15 digits. 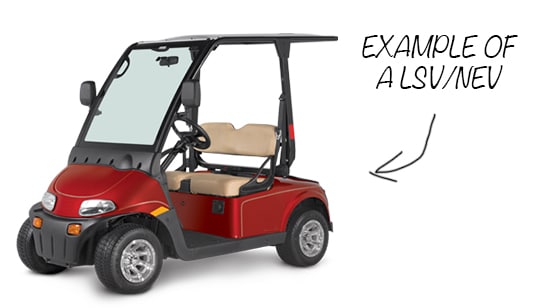 Now that we have that out of the way, it is time to discuss an NEV and an LSV. NEV stands for Neighborhood Electric Vehicle. LSV stands for Low-Speed Vehicle. Typically, more will be familiar with the LSV terminology as only a few states recognize the status of an NEV (more prominent in Arizona). So, to answer our looming questions on the difference between an LSV and a Golf Cart, it boils down to the National Highway Traffic and Safety Association (NHTSA). Established in 1970, the NHTSA is a government entity that enforces vehicle performance and safety standards to reduce deaths, injuries, and economic losses from motor vehicle crashes. With this being said, an LSV is a vehicle that looks like a Golf Cart but adheres to the Federal Laws and Regulations regarding performance and safety standards for a vehicle in this class.

Therefore, a low-speed vehicle (LSV)  is a legal class vehicle that has four wheels, goes up to 25 MPH (legally faster than a golf cart), and has the ability to travel on roads that are not typically accessible by golf carts. In addition, they will have improved brake performance, seat belts, headlights, turn signals, brake lights, reflectors and other safety pieces that incorporate it to be the safest form of a golf cart type transportation in the community. To learn more about LSVs in accordance to the law, then feel free to check out our Golf Cart and LSV laws by state and how they apply to you.

To learn more about Golf Carts, LSVs, and NEVs, download our exclusive e-book that discusses the ins and out of Golf Carts.