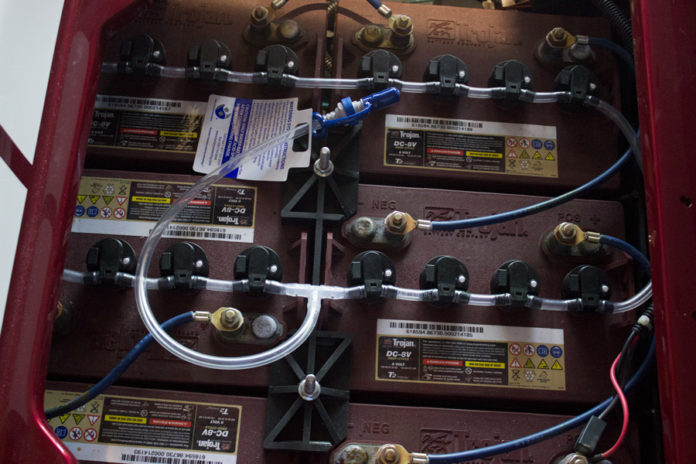 The first thing to know is that these batteries may have similar capacities, but they have different designs which creates the differences in how they perform. If you swap roles – pulling power from a starter battery so that it drains the power to low levels – you will shorten the life of that battery. And, this works the other way, too. If you use a deep cycle battery as a starter battery, you could be harming your battery.

The Function of Starter Batteries

Starter batteries, also called SLI (starting, lighting, ignition) batteries are designed to provide a large surge of power all at once, because they have to get your starter engaged and your starter has to turn the engine over even when it is cold. On paper, that would seem like a one-time function that would allow you to use the battery to run the radio, the electric windows and the inboard electronics etc – so what’s the big deal if you drain it a little?

Each time you stop, you need a full battery to ensure your engine can start again. As such, starter batteries only use 1-3 percent of their power to get the car started and right away the alternator starts to recharge them so they are quickly and fully charged when you need them.

If you have a weak battery in the middle of winter and you stop somewhere, you can imagine the results. That’s why starter batteries are like Boy Scouts: Always prepared. They can’t be half discharged and do what they have to do.

The Function of Deep Cycle Batteries

Deep-cycle batteries are just the opposite. They are designed for long, slow power outputs, just the type of thing you need to listen to the radio for an hour or two. These batteries don’t mind being fully drained and recharged again and again. That’s their purpose in life. And, to be frank, they don’t always have the quick punch that can turn over a cold, gas golf cart engine.