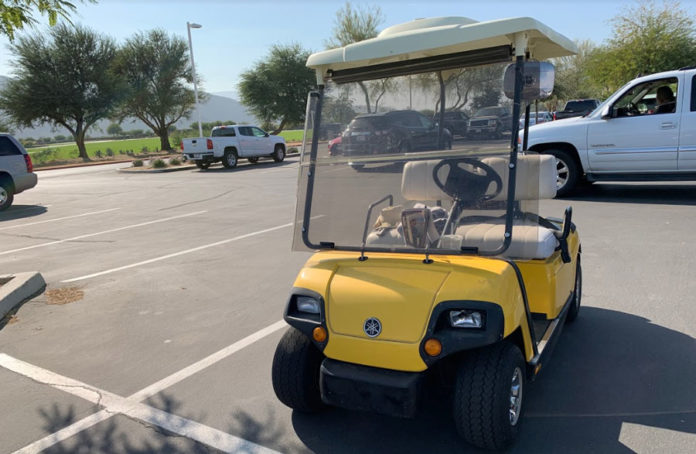 Incorporated in 1889, it is safe to say the first residents of Amarillo, Texas arrived on the back of a horse. Now a thriving city of close to 200,000 souls in the middle of the Texas Panhandle, the city government is discussing the use of legalized golf cart driving in the downtown business district.

“This would allow them to move patrons, move people, from one place to another, whether it’s to or from one of our venues downtown,” News Channel 10 KFDA quoted City Manager Jared Miller as saying.

”They would have to meet certain safety requirements, like insurance (and) drivers that have driver’s licenses.” Miller said.

To be used downtown, the golf carts would also have to be up to code. That would include headlights, taillights, reflectors and signs that designated them as slow-moving vehicles.

Miller also said it was likely the city would require flashing lights on golf carts used on city streets.

Miller said opening up extra parking spaces would be an ancillary benefit to golf cart activity downtown. “It will be good to ease parking demand in the very core area, are the Civic Center, around Hodgetown,” he said. Hodgetown is the downtown Double-A affiliated baseball stadium that seats 8,500.

The City Council is expected to vote on the ordinance next week.