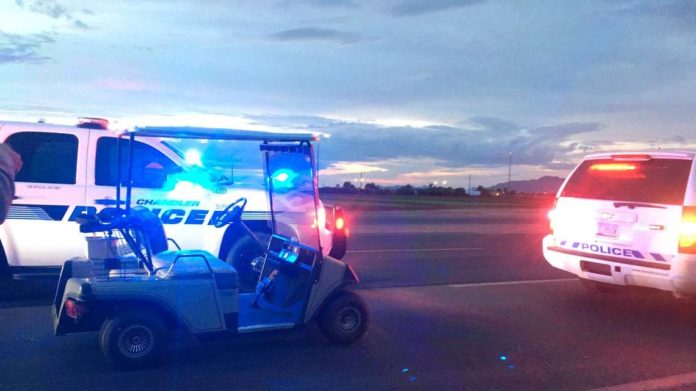 An incident in Arizona involving a golf cart and a “confused” driver, age 83, highlights a serious concern among retirement-aged drivers of low-speed vehicles: The possibility that access to a golf cart by someone of advancing years with potentially disruptive mental health issues could lead to trouble or even tragedy.

This incident in Arizona involved an elderly man driving a golf cart on a highway going the wrong way. State troopers described the man as “confused” with authorities later stating the driver “does have mental health issues associated with old age.”

Moreover, state troopers did not arrest the man and, so, they did not divulge his name to the media. Neither did troopers elect to give the man a citation, reasoning that it would be moot to give a person a citation that was designed to change a driver’s behavior, when this driver’s mental health issues determined that a citation would not be an effective way to change his behavior.

Instead of a citation, authorities returned the confused driver back to his home, where his wife could look after him.

It is noteworthy that the police said a citation would not be an effective way to change his behavior, while at the same time divulging the same driver had done the same thing before.

This week’s incident took place on the Santan L-202 at 5:30 a.m. A prior incident occurred on another local road – in this case, another driver recognizing the dangers, phoned in the incident and followed the golf cart in his car until help arrived. That incident occurred at 4:00 a.m., before the sun rose, The Miami Herald reported.

You can now ask yourself why the Miami Herald would pick up a story about an isolated golf cart incident that took place in Arizona.

While the incident has the potential to appear comical, there is a bit of crossing-wires to this story. Many elderly persons move to retirement communities where golf carts are, in fact, the vehicle of choice. The pressure is on for communities to allow for golf carts as daily-use vehicles, adding to their obvious popularity on golf courses.

According to IBISWorld, a business consulting firm, the number of golf carts sold in the United States was predicted to reach above 76,000 per year by 2017.  In addition, in a study published in 2008 in the American Journal of Preventative Medicine, there were approximately 13,500 golf cart-related injuries per year as of 2006.

While many of those injuries – 30 percent – involved drivers of golf carts under 16 years of age, there is also a potential for injuries among the elderly, especially those driving with age-related mental health impairments.

Should troopers have referred the case in Arizona to a judge who could help sort out the proper intervention, given the “confused” driver has had repeated golf-cart escapades? Should other safety measures be deployed? Is the mix of golf carts and automobiles an accident waiting to happen? Just some food for thought.

When a hunter is attacked by a bear, the bear is tracked down and shot – not the hunter. When an automobile and a golf cart collide, which species will come out on top – not just during the accident itself, but in the aftermath, when the public comes face to face with the big-dog, little-dog scenario that could put human lives at risk?