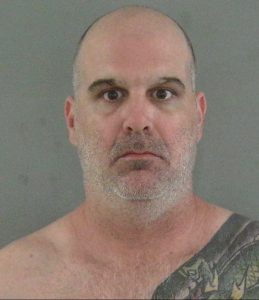 Can you be arrested for driving a golf cart while operationally impaired? The answer is yes.

A potentially stoned and drunk man was arrested Tuesday night in Sumter County, Florida, on charges of driving a golf cart while intoxicated.

The golf cart, which had no license plate, was discovered on a county road. A sheriff’s deputy pulled the cart over in a commercial district, said a VillagesNews.com police blotter report.

The deputy arrested the driver, Adam Kyle Chamberlain, 41, who said he believed County Road 466 had a golf cart path beside it. However, Chamberlain also told the deputy that he had lost his way home.

He requested the deputy place a call to his father to take him home, but the police report also said Chamberlain failed several field sobriety tests. Chamberlain also admitted that he was having difficulty performing the tests, according to the report.

A search of the cart found an empty bottle of Canadian LTD Whiskey and a search of the suspect revealed he was carrying a pipe in his pocket that contained residue of marijuana.

Chamberlain has two priors: A DUI in South Carolina from over 20 years ago and a DUI in Florida from 2016.

The suspect was held at a local detention center on $7,000 bond, the report indicated.