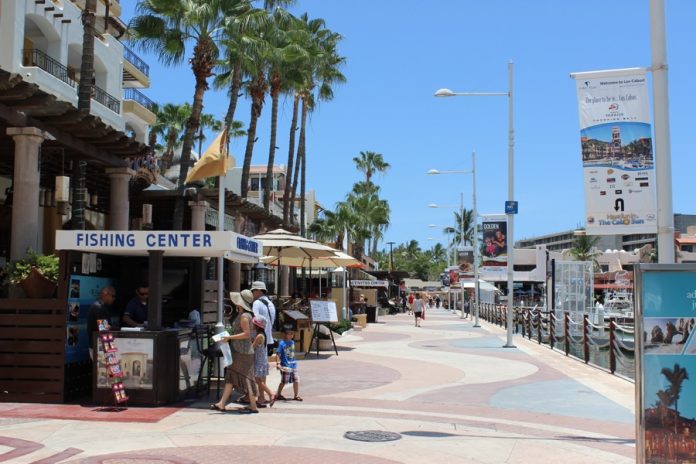 Miles of beaches, turquoise surf, golden sunshine or a light breeze carrying the scent of hibiscus and fresh coconut ice cream. Any one of those items are someone’s version of paradise, but you put all of them together and you can believe you’d moved on to another dimension.

Or maybe you’ve just ended up in Belize, Bermuda, the Virgin Islands or Mexico – any number of tropical vacation spots where life is too good to be true and where complaining should be against the law.

But how do you get around? Even in paradise, you have to get from the hotel to the beach, the grocery store or the other tourist attractions. So, why not rent a golf cart?

Compared to a car, they are lighter, cheaper, even more open than a convertible, safer and slower, allowing you to take in the sights at a leisurely pace. Nobody goes 50 MPH in the tropics, anyway. If they do, they might as well be back in Cleveland.

Not all vacation spots are golf-cart oriented and some, like Bermuda, have built up a successful tourist trade on the backs of taxis and mopeds. It’s great to bomb around Bermuda in a spitting, spunky moped that goes 20 or 25 MPH top speed, zipping around like a teenager, if you happen to be a teenager. But those teenage years and the kamikaze mentality that goes with them don’t last forever.  That leaves taxis, which are very expensive or risking life and limb what looks like an island-wide motocross event: An island crowded with mopeds, most of which are being driven by giddy kids who don’t seem to be looking where they are going.

A few online comments about mopeds tells you what’s not on the brochures: “if you rent one make sure your life insurance is up to date,” said one online contributor from Boston.

Another simply says about mopeds, “some people have no sense of adventure … just buy medical evacuation insurance and if they can get you to a good hospital in Florida, you may survive.”

Or you could end up in Belize,  one of the smallest Central American countries with stunning beaches, spectacular jungle scenery and wildlife, tropical sunshine, to-die-for choices on the menu and a fascinating Mayan/Aztec history for those who enjoy that type of adventure.

When your plane lands, however, you will likely find yourself looking around for a car rental office and spot a sign with a familiar name: Avis. The sign, however, does not give you the option for car rentals, instead it directs you to their options of four-seat and six-seat golf carts.

Cheaper, safer, sunnier. Many vacation spots purposefully make it difficult for tourists to rent a car simply because of the mayhem that could ensue with thousands of visitors who don’t know their way around, scampering about in fast, heavy vehicles. On price alone, golf carts run about half the price of a car rental and they are arguably twice the fun.

Prices go down significantly for those renting for longer periods, but just for argument’s sake at Avis in Belize, a four hour rental for a four-seat golf cart (with the option of folding the seat in half to create a luggage carrier) costs $US25. A day-long rental costs $US45, while a five day rental costs $US125, coming to a fairly reasonable $US25 per day.

The six-seat option is a Trans-porter carryall – two benches with no roof. The six-seat cart costs $US40 for four hours,  $US75 for a full day and $US285 for a five-day rental.

There are many other options that go all the way up to a month, which costs $US595 for a four-seat Club Car and $950 for a six-seat carryall.

Meanwhile, don’t be surprised to find golf carts dashing around (OK, moseying along) the next time you land at a vacation-land paradise. Concern over global climate change, over-crowding in some vacation spots and the price of gasoline in other locations is promoting a holistic movement towards golf carts.

One online condominium rental company in Myrtle Beach, S.C., notes the sudden changes in the road culture of the popular spot. “There’s been an explosion of golf cart use in the Myrtle Beach area within the past year. With gas prices steadily increasing, it’s no wonder people are choosing this alternate form of transportation.”

But the reason for the blog was to advise tourists to make themselves aware of golf cart laws in the state, including licensed drivers only, operation restricted to certain locations (not allowed on primary highways) and so forth. They are only allowed to operate during daylight hours, as well, so if your vacation includes wild nights at the local clubs, a golf cart might not be your best choice.

“Have fun, be safe, be smart, and we’ll see you on the road!” the website says, a hint that perhaps the locals in the area are choosing a golf cart for their daytime transportation, as well. 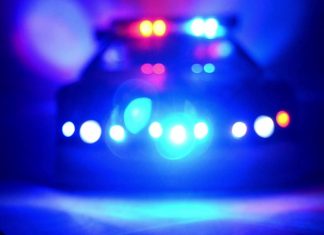 Baldwin County, Alabama – Hidden in hollowed battery cases, a copious 32 bundles with more than 115 pounds of Crystal Methamphetamine was seized in a... 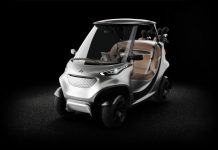 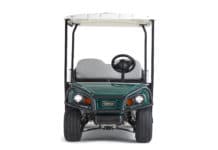 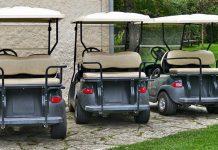 Kansas Senate is allowing Golf Carts to be driven at night 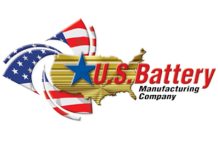