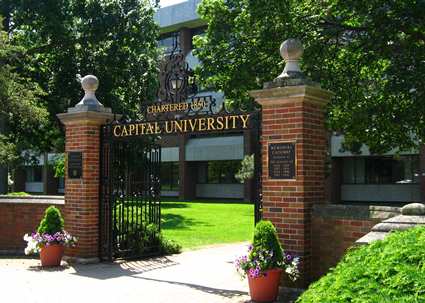 Capital Univeristy in Columbus, Ohio is popular for its busy streets filled with golf carts. Facilities employees can be seen driving golf carts around the campus freely during their leisure time since they are endorsed by the University. Sometimes, golf cart usage causes accidents among students, however the university is not in favor of withdrawing the carts off the street. The University has been giving unwavering support for golf carts since Capital is home to Columbus’ first golf cart track.

According to Bethany, she sat down with Funion, the person behind the golf cart initiative on campus, and informed her of the plan, idea, and process of the golf cart business that Funion named ‘Master Plan’. Bethany was in full support and was excited for the project and outcome.

“This has been a long time coming, and I guess it’s good that it’s all coming out now,” Funion said. “These plans have been in the works, for me, since the day that golf carts were purchased. And while it may have cost a fortune and forced us to raise tuition again and again the last few years, we know it will eventually become our number one source of revenue for the university.”

Funion was so passionate about this project that they thought of closing Mound Street on campus. This would make way for a clear, exclusive, and outlined track for golf carts and finally address the accidents in the campus.

However, despite the hands-on planning for the ‘Master Plan’ it has been slow on its development “Its year two now, and I’m starting to worry,” Bethany said. “We’re looking to all places to find excess funds, because this plan just hasn’t taken off like we anticipated. But we have no intentions of giving up. Jody and I are determined to do anything and everything in our power to see the maturation of our master plan. One day everyone will look to Capital as the birthplace of golf cart racing.”