Golf Cart Resource
Home Featured Articles Should Some Players Be Allowed to Use Golf Carts in PGA Tournaments? 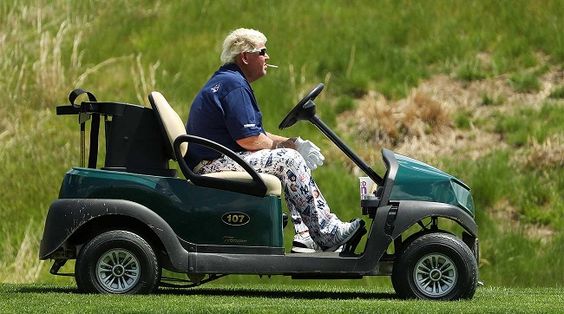 Golf is a sport that involves walking relatively far distances under the grueling heat of the sun, sometimes for consecutive days. What happens when a pro player becomes exempt from walking and is allowed to use a golf cart throughout the competition?

That’s exactly what we saw a few months ago during the PGA Championship. The recent spectacle that was John Daly raised eyebrows among golf fans as he was competing while driving a cart.

Why are players allowed to ride golf carts?

The 53-year-old suffers from osteoarthritis in his right knee, which prevents him from walking more than six holes at a time. “My knee is screwed,” Daly comments, “I had the meniscus cut out. I have osteoarthritis so bad…I can walk up a hill, I just can’t walk down one.” In his petition, the player cited the Americans With Disabilities Act, which allows institutions to make reasonable accommodations for persons with disabilities.

However, this isn’t the first case of its kind. Daly’s precedent for requesting permission from the PGA of America was Casey Martin. It began when the golfer sued the PGA Tour for the right to use a cart in 1997. Martin was born with a defect in his right leg that made walking difficult, let alone trekking up and down hills. In 2001, Martin won his case in a ruling upheld by the U.S. Supreme Court. In the ruling, Justice John Paul Stevens wrote that allowing Martin to use a cart wouldn’t “fundamentally alter the nature” of professional golf. It would also lessen discrimination based on disability in the sport.

Growing criticism to the exemption

Despite the approval of the U.S. Supreme Court and the PGA of America, many are still not convinced. The Wall Street Journal reports that even Tiger Woods had something to say about Daley’s golf cart episode: “Four days over a tough championship that is mentally and physically taxing takes its toll, as far as J.C. taking a cart, well, I walked with a broken leg, so…” Reactions like these are inevitable, given the nature of the sport. Should any golfer, however legitimate their disability, be allowed to use a cart while competing against players who are required walk?

The breadth of the debate just became more evident during the latest British Open. bwin Golf reports that the Open Championship returned to Portrush for the first time since 1951. John Daly was all set to compete upon its return. However, the golfer withdrew from the competition three days after being told that he couldn’t ride a cart. The Royal & Ancient Golf Club denied Daly’s request because it considers walking to be an integral part of the championship – “We must also ensure, as far as possible, the challenge is the same for all players in the field.” While tournaments in the U.S. might be making considerations for disabled golfers to play in carts, the international community does not see it the same way. It goes without saying that the debate on the golf cart issue still has a long way to go before it reaches a consensus.