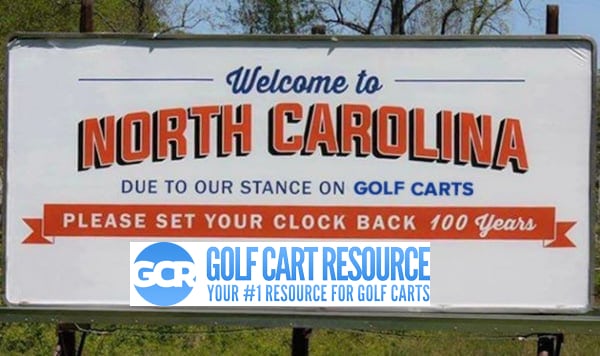 After months of heated debate and national scrutiny of the controversial proposal, the Gibsonville, NC board voted 3-2 to not allow golf carts on residential streets.

“This bill essentially repeals 50 years of non-discrimination efforts against people who identify as golf cart drivers,” Senate Democratic Leader Dan Blue said in a statement. “North Carolina Republicans want to pass what would potentially be the single most discriminatory act in the country against golf carts. This is a direct affront to equality, civil rights, and local autonomy.”

Police chief Ron Parrish made a presentation to the board to illustrate the dangers associated with golf carts – apparently he believes they are more dangerous than AK-47s or motorcycles.