The world of low speed vehicles/golf carts and automobiles inched a little closer this week as Leesburg-based Tomberlin launched their new 2019 E-MERGE series of golf carts with four models that all come with electric power steering as a standard feature.

The melding of vehicle styles appears to be inevitable, as more and more retirement communities design their lifestyle choices around golf cart transport, despite the point that not everyone in the communities are golfers at all. That means, the general off-road focus of golf carts could, for many owners, have nothing to do with the game at all and they wouldn’t lose a wink of sleep. Concurrently, more and more golf carts are used for shopping excursions, for sight-seeing or dropping kids off at school.

The changes to expect with this evolutionary movement is car-like features, such as turn signals, power steering, seat belts, horns, sound systems, brake lights and windshield wipers, the kind of features that carts used on golf courses have operated without for decades.

“Power Steering is certainly not a new idea, having revolutionized the automotive industry decades ago,” Tomberlin says in a press release. It is also not entirely new for golf carts, but Tomberlin is the first to introduce them in a showroom model as a standard feature.

The company prides itself in industry firsts, which they explain by noting they have to keep up or risk losing business. “We operate in a white hot competitive market with some big players,” the company said. “Simply put, we are not held captive by charge barns or fleet golf cars. Our heads-up consumer-facing spirit allows us to immerse ourselves into the dealer consumer experience.”

Mike Tomberlin, a member of the leadership team at Columbia Vehicle Group, which owns Tomberlin, translated that, saying it was customer demand that pushed the company to innovate.

The E-MERGE series includes the E2 LE Plus and E4 LE Plus, designating two and four-passenger vehicles. The series also includes the SS Coupe and the SS Saloon. The E2 and E4 Revenge models, meanwhile, are, essentially the same but without the power steering option.

Tomberlin is known for their rugged styling, building golf carts that have a jazzy, sport-like appearance that tells you they are rugged and presentable at the same time. In the past, they have born the nickname the “bad boys of golf,” which attests to their competitive spirit.

Certainly one way to swing for the fences in this competitive industry is to pack a cart with as many features as is reasonable, then go that a few steps more. And, beyond finger-touch steering, Tomberlin has packed the E-MERGE series with plenty of bells and whistles.

Case in point, the E4 LE Plus. It is low-speed vehicle compliant. It comes with two rows of forward facing seats, 3-point seat belts for each passenger, 4-wheel hydraulic brakes with front disk and rear drum braking systems. The LE Plus has an automotive locking steering column (their words, not ours) and a DOT approved AS1 glass windshield. It has two side view mirrors and an interior dome light, a digital illuminated speedometer/odometer and brake lights, emergency flashers, and, on some models rear-roof-mounted brake light windshield wiper. Oh, and it has a rear storage trunk that locks up tight when necessary.

What’s next? Wait til next year and we’re sure to find out. 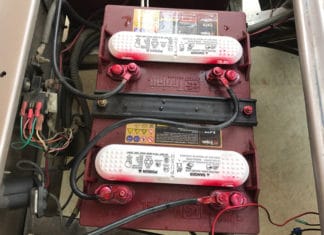 As part of a series, we will provide information on the top battery types available for golf carts. For our first deep-dive, we will... 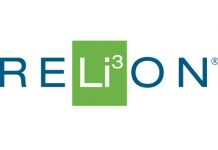 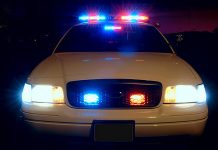 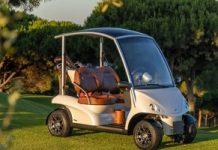